From the video game to a comic book

I enjoyed Yooka-Laylee (2017) video game from Playtonics Games, a few years back. It was such a joy to play a game, that so closely follows famous 3D platform genre from the 90’s. It was also my very first game I ever reviewed!

I’m always late from everything and so I was late from Dreamprism Press Kickstarter campaign (2018) of Yooka-Laylee and the Kracklestone comic book. Solely done by graphic artist D.M. Cumbo. It wasn’t surprise how fast the campaign was funded, since a year earlier Yooka-Laylee video game was a succesful release. 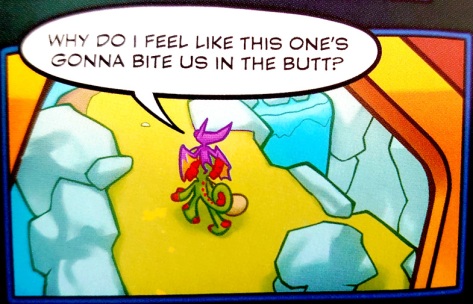 With buying the physical copy I also got digital version of Yooka-Laylee and the Kracklestone and I did read it long before the physical book was out. With the digital copy, I was stunned by the deep and bright colours and overall art style. Everything was made with such attention to details, every stroke and colour meticulously applied. I always want to check every corner when I play video games or gazing art, and so I did with this comic book. Zooming in and out of the screen and seeing all little details in the background. It was obvious, that the upcoming physical version wasn’t just any comic book, but something special and collectible worthy. 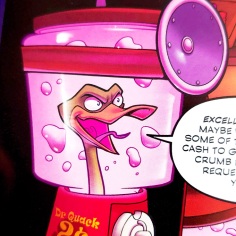 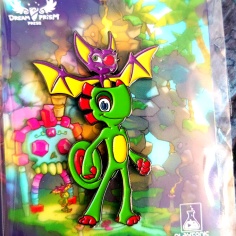 The story begins with a legend

What comes to the plot and storytelling, I liked it. The overall story isn’t anything twisty or hard to follow. It tells a ridicilous adventure of the two heroes and their hunt for a legendary Kracklestone, that gives its beholder the power of invincibility. Their old pal Trowzer sell them a rare one-of-a-kind key that opens door to a new world. There they have to race against mean Capital B and his mates, who also wants to get his hands on the Kracklestone.

I found the writing being funny, with the usual witty humour, which is very on par with the Yooka-Laylee -series. It’s very smart way to write stories for children and adults to enjoy, by making the jokes work for all the ages. Though, kids will understand the jokes (black humour) better when they’re older. All visual gags were well-executed, making me laugh and giggle.

I ordered the comic book after the campaign ended, and after a long and complicated production/printing process, the book was finished and I finally got my hands on it! Yooka-Laylee and the Kracklestone isn’t just any ordinary weekly comic. No-no. Alone how specially the physical version was printed and put together makes it exeptional. The quality of the paper was carefully selected, to bring out the beautiful colours. It would be sad, if the artist’s work wouldn’t represent the same on paper, as it was originally meant to. The material and coating of the cover is sleek and glaring. For extra attention to details, the cover includes emboss and debosses, which gives a nice pop-out effect to the cover art.

Beauty of the deep and vibrant colours printed on premium paper: 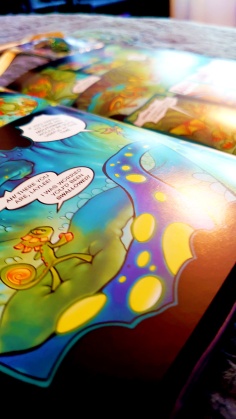 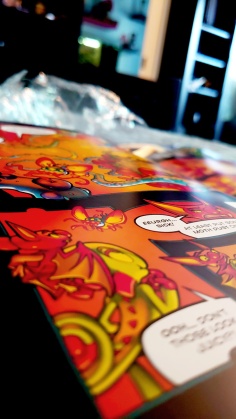 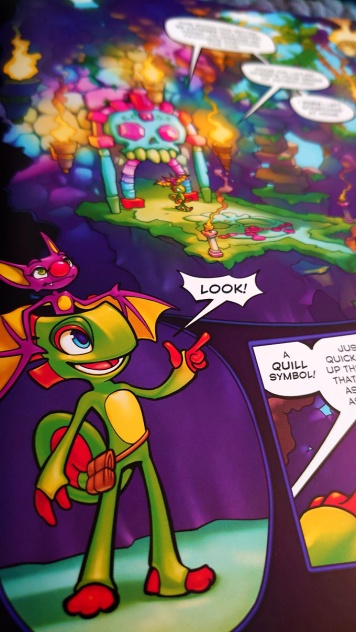 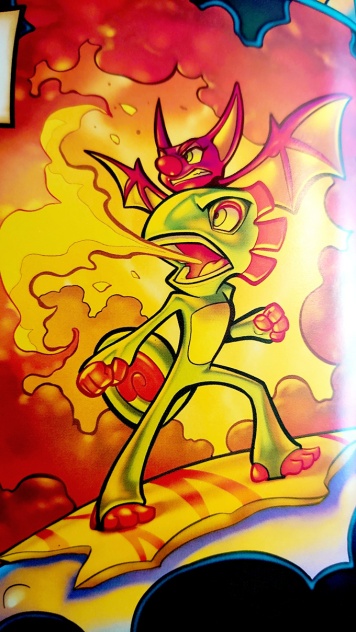 Even the spine of the comic book has its own technical design, that makes opening and reading the book more easy, and it won’t wear out over time. It truly was pleasant to held and read; as the spread opened nicely, needn’t the usual bending or pushing the binding, like normally any new book do. As a finishing touch a golden colored ribbon was added as a bookmark. 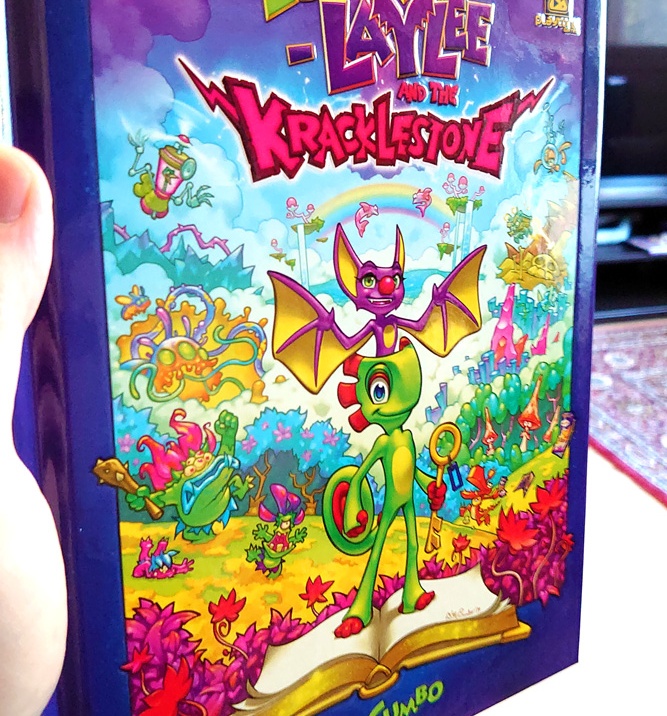 Not just a collectable

Yooka-Laylee and the Kracklestone looks like an excellent collectible, that’s never meant to be opened from the plastic wrap, but only to be placed on a shelf. Again, no-no!
It’s meant to be opened and consumed like any other comics; relish the witty story and crazy characters and especially admire the whole artistic beauty of it all.

The comic book took years for the artist to plan, design, promote and finally materialize it with loyal Yooka-Laylee -fans to fund the Kickstarter campaign. Yooka-Laylee and the Kracklestone comic book isn’t just a fancy art style with lots of colours, notably the physical version is extraordinary.

All art © D.M. Cumbo, all photos taken by J. Moone