Yes, I did it. I lost my save file on Spider-Man game so I had to start from scratch. I didn’t mind as I would like to play it again, but I quickly realized that before I can play DLC The Heist I have to play it to the certain part of the story. So it took me like an hour to be able to play it.

Someone have broken in to the art museum which holds many valuable collections. It’s a bit mystery (not really) who have done it so Spider-Man goes playing detective once again. After a while Black Cat shows up and takes an expensice painting and leaves when bad guys come in and want to steal stuff as well. My job is to stop the waves of enemies and after that go after the cat lady. 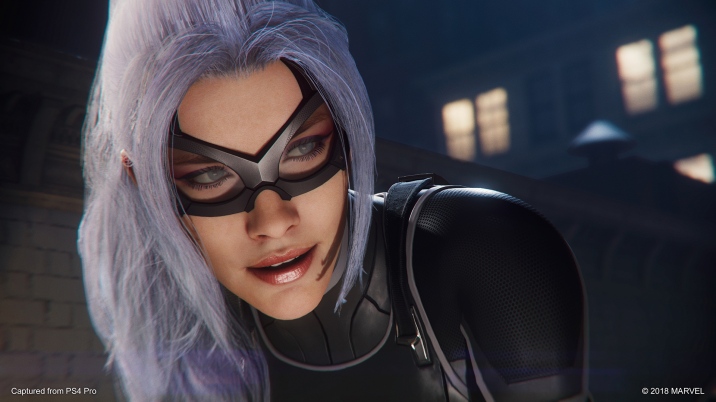 I was pretty annoyed as I had to start all over again every time I died. I killed lots of enemies and did difficult tasks and when I died I had to do them again. I had to do them many, many times until I got to the point where was checkpoint. I died even though I played easiest difficulty, because I lost the save file and I have no upgrades on my skills or my suits so couple hits did the job.

If I try not to think the issues I had the fighting scenes felt pretty much the same like throughout the main game. There was some twist here and there, but nothing major. I highly recommend to play the story and get upgrades until trying this. I can imagine it being impossible with other difficulties.

I still have issues with the controls. It’s like I want just go down from the pole but Spider-Man does 45 spins, 75 parkour moves 5 drag queen death drops before I finally manage to get him down. It’s also weird that he does all these moves, long jumps and all these plunges and dives, but when he is around the enemies he suddenly lost all that and becames normal person again. 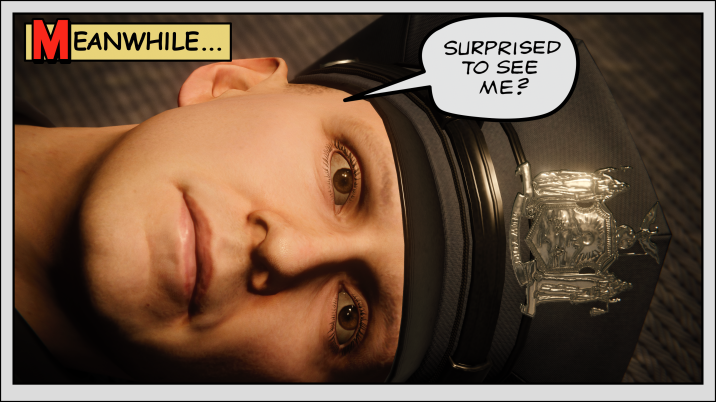 Spider-Man is beautiful game and detail rich and technically flawless. No lagging, loading or other stuff that many games usually have. I think I have an OCD (no big surprise there) and I always get my eyes on to the scenery and I inspect things around me very closely. Spider-Man has details like no other and in The Heist everything is exactly the same.

Audio is also a big part of the illusion of player being in the game. All the audio and sound effects has to be on point to make it work. I felt like Spider-Man himself even though I hate his ‘jokes’ that he says all the time. They’re like some childish things and throwbacks that some wise-ass 12–year–old whippersnapper would say. They’re not funny at all and I’m like facebalming and wondering why they made him like that as this game is meant for over 16–year–olds. 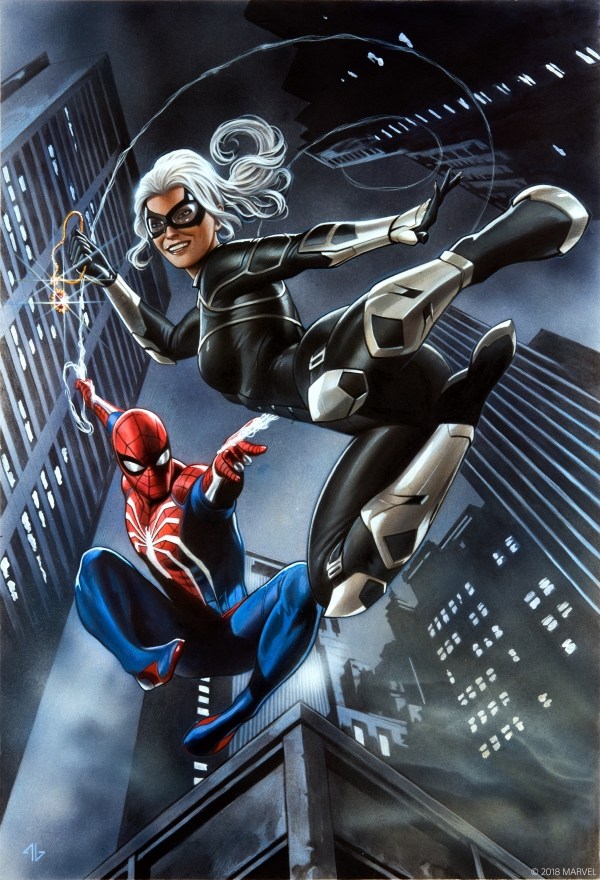 Yes, it was difficult for me as I didn’t have any upgrades or skills. I gain some as I went on and it became easier. The difficultiness is very same to the main game because I didn’t see barely any difference to it gameplay–wise.

It was OK little side story apart the main story and the Black Cat finally became visible as she was only mentioned in the main game. I tried to pin her down but she was always gone and now I finally got to see her. I like how the Black Cat was presented and her characteristics was familiar. The Heist also comes with new suits and collectables

The Heist is part of the City That Never Sleeps DLCs and this one was the first of three. I’m definitely going to play all of them and maybe read the comic, too

The Heist is allright DLC and I think it’s worth ten bucks as I had to pay for it. You should definitely try this and please, please don’t lose your save file, okay.