Depression and other mental health issues are difficult to talk about and handle. I, still, keep a diary where I write my melancholic thoughts every now and then. Anyone’s Diary is story of person called Anyone and the journey he has to take through the diary of his. The idea seems interesting and I would like to see what kinds of things this Anyone wrote about. 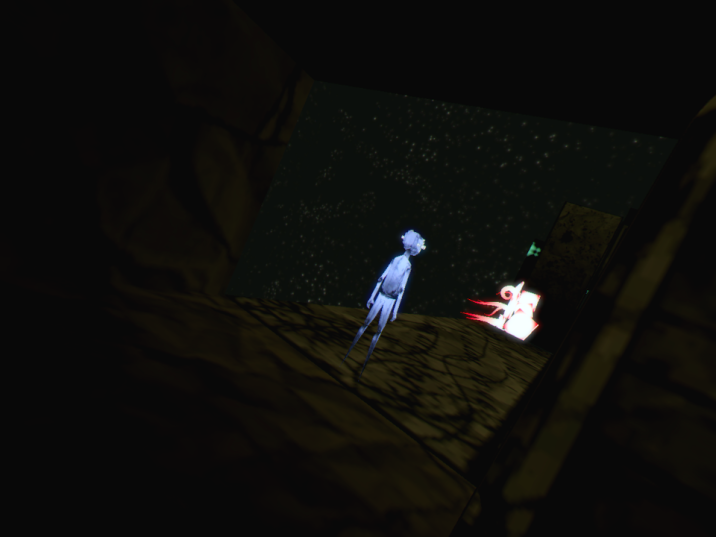 There isn’t really a black and white story in Anyone’s Diary. Everything is plain visual and in player’s perspective to tell. If I need to put the game in some kind of concept it tells a story of a figure that goes on paper-like world and solving puzzles to get to the next stage. Sometimes a red evil figure comes out and seems to make the character sad. That’s pretty much all I can tell of it as the game is short and without any voice acting or subtitles.

This kind of setup works fine because story is not always needed or can be more artistic and silent. Still, Anyone’s Diary has a plot, but won’t go deep enough for player’s sake and tell more of the happenings visually. I would’ve liked some kind of continuous and clear story. 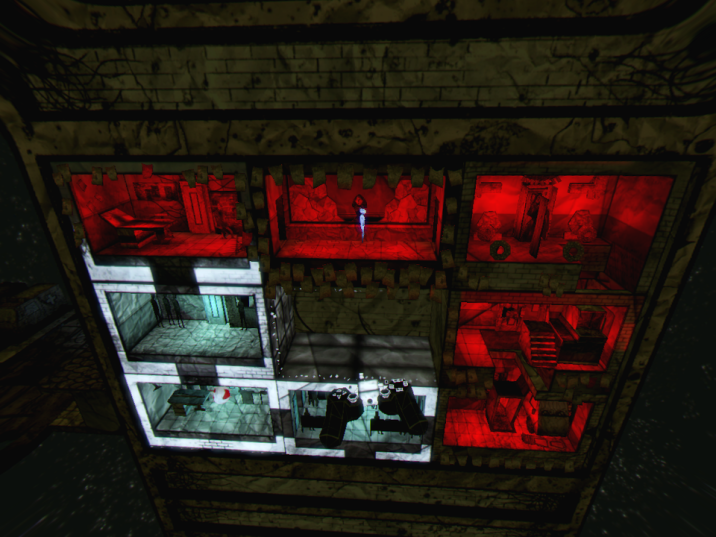 Anyone’s Diary can be played with basic PS4 controller or with Move controllers. I started with using the basic controller and immediately found out how difficult everything is to handle. Same buttons were used with different commands and there was so many unused buttons that they could’ve easily used more of them. I got used to the controls, but surely they were clunky. Trying Move controllers I realized it can be played with just one which made everything more easier. Moving the character without directional buttons or stick was replaced with other buttons and as Anyone’s Diary isn’t fast phased I found them working just fine. Grabbing objects seemed to be much easier with the Move than with DUALSHOCK.

OK, this game is technically a mess. I had to reset the game couple of times as the game world suddenly disappeared or I got stuck in a death loop. Yes, the checkpoint was missing a floor and everytime my character loaded back, it fell to the inevitable death. The checkpoints also were very strangely placed as I played at least 30 minutes and had to reset the game I had to start very beginning and solve a puzzle again that took me lot of time already. Camera also got stuck on objects easily and it was messy to play. What I liked about was how the camera can go through most objects and the gameworld can be seen in many perspectives.

Anyone’s Diary art style resembles of paper and cardboard that are floating in outer space. All the shapes are simple and clear and the lack of colours makes everything very depressive-looking, which fits the theme perfectly. Everything looked overall alright, but nothing to gag over with.

Very slow and peaceful background music with various sound effects that seemed to appear and disappear strangely, but the gameworld is in space, so I dunno how the sounds would play there anyway.

The puzzles in Anyone’s Diary are not that hard to solve. It helps that player can go basically any distance away to see the whole puzzle more clearly. The puzzles might look little bizarre, but the technique of them is pretty simple. I liked the puzzles and solving them even though the camera made me crazy sometimes.

The idea of Anyone’s Diary isn’t super unique; sideways running and jumping and puzzle solving, but the art style is decent. The gameplay would benefit by taking off things in the foregrounds and let the character be shown more clearly. The VR was technically OK and I didn’t find much of anything positive or negative to say about it, only making me wonder why this is even in VR as the controls and gameplay were so clunky? I really didn’t find anything the game would benefit from being VR title. Feels like the developer made this too hard on themselves as it could’ve been much more joyable without VR, foreground objects and bad controls. I would’ve like the game to go deeper into the world of depression and mental health, other than just keeping it as a theme.