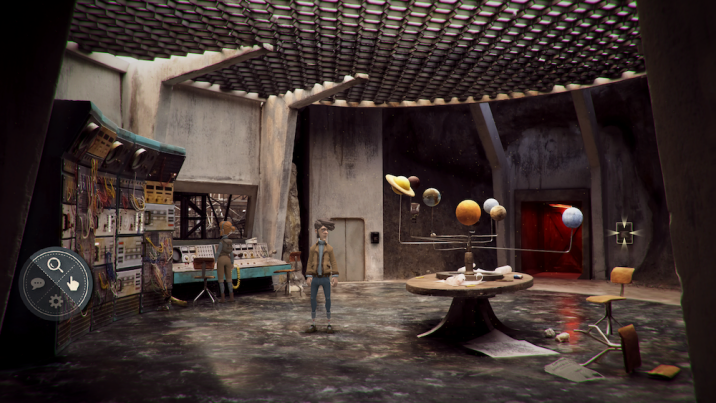 In the 90’s and early 2000’s the point-and-click games were propably the games I played the most back then. One of my absolutely favourite series were Syberia, The Secret Of Monkey Island and The Longest Journey. I liked the fact how I could take my time and not worry of sudden deaths, making the characters and story the most important point of the game. After I heard of Trüberbrook I was ready to dive back to old memories, and Trüberbrook being about physics, mystery and psychology it took my total interest, not mentioning how the game was done by making all the game’s secenery of real landscape models. Hans Tannhauser is a physicist in the 1960’s who won a vacation to rural Germany, even though he doesn’t recall of ever being taking part to such of contest. He soon finds out the towns people of being little bit odd and someone stealing his notes. Everything turn soon into a huge mystery as things happen after another and getting to know everyone little bit better.

The way Trüberbrook is written is very interesting even though sometimes I only managed to progress in the story by chunks as I usually got stuck in situations for a long time as I didn’t know how to go on. I realized I cannot tell much of the details about the plot as it would give too much away.

What comes to the characters, their personalities are various and even though I would like to think Hans was the most ‘normal’ of them all, he also was very much funnily-weird. Everyone seemed to be little extremely something and nothing between, which made this whole experience hilarious, but also managing to retain the needed seriousness.

Trüberbrook is rather simple with gameplay and controls, as it’s point-and-click game. No sudden or timed things was presented, everything was figuring out puzzles, collecting needed items and dealing with people and situations. I’m not sure am I the only one who eventually ends up to the same situation in every puzzle game, that I run out of every option and simply just try every possible item and option there is. I honestly got stuck so badly that I couldn’t figure the solution, even after trying everything I could in every area I could. Then my only solution was to see the walkthrough online (Trüberbrook was released on PC last month) and the problem simply was something I thought I tried or thought I could skip as it surely wouldn’t make any difference.

As of controlwise I didn’t find anything new or innovative. What I must address about the moving the player is how he got stuck very easily on everything. It became frustrating very quickly and I’m not sure is this something that’ll be fixed in the final release.

I love the idea how Trüberbrook was made by creating all the areas as miniature and then scanning them. Some sceneries looked nice and in the end part of the game it was nicely played with few segments. Even the computer model characters were made to match the theme of looking like part of the scenery and not just looking like something added afterwards. As the developer writes, the mood of the game is inspired from TV-Series such as Twin Peaks, X-Files and Stranger Things and it really shows. Overall I’m very impressed of how this is put together.

I found the voice acting to be good and slighlty of B-movie-ish which fit to the theme perfectly. As of any game, voice acted or not, it’s very frustrating to hear the NPCs saying the same things all over again as you try to alk to them. Especially in situations where I had to try everything as getting stuck. Trüberbrook did barely have any background music, other than easy tunes and natural sounds of the environments. I don’t think it would’ve even needed anything else.

It was sometimes difficult to understand my next task completely and knowing is something doable, is just by trying it. Trüberbrook is maybe 5 hours long if you know what to do exaclty, but I don’t think anyone can play it that short in their first playthrough. I did get frustrated sometimes as I was watching how much time had passed from the last time I made progression in the game. I’m not saying the game is super hard, but it needs focusing and patience. 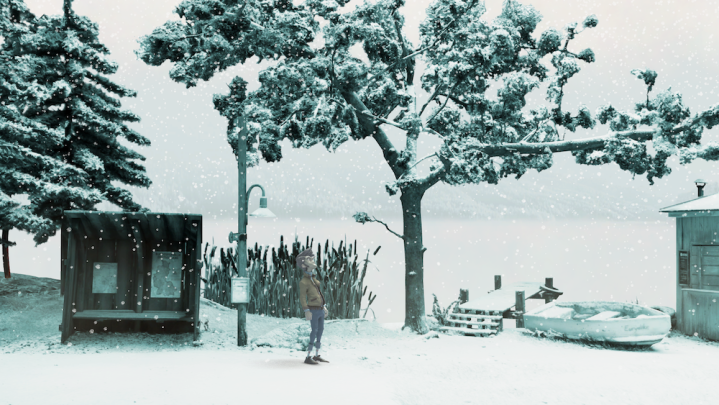 Now thinking if Trüberbrook was anything I expected and I have to say it kinda was. Weird, hilarious, slow paced. I really admire of someone still doing these kind of old style games which heyday is long gone, but not forgotten. I think anyone who have ever played or want to play this type of games Trüberbrook is very good game to add to your collection.