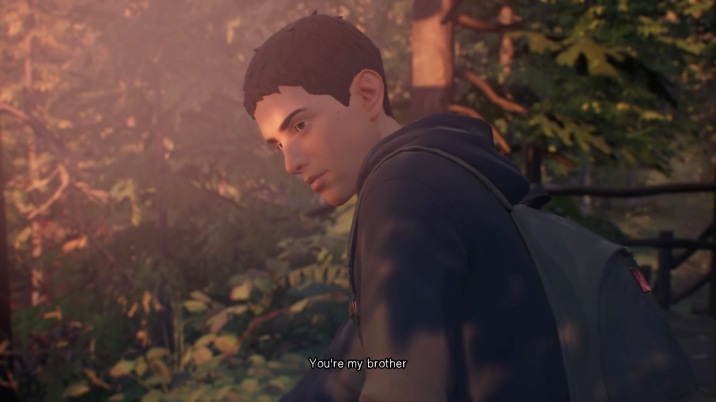 (This review is spoiler free)

Last time I played Life Is Strange 2 was at May and it doesn’t feel that long ago, even when it’s three months ago. The first episode of Life Is Strange 2 came out 27th September 2018 and that’s almost a year ago. The final episode comes out 3rd December this year and to be honest I’m not that of a big fan of these types episodical games, because finishing the game takes too long. But, this time around I do remember my previous episode gameplay, characters and my opinion about them. My wait is over and I was hungry to know what faith is lying on Sean’s and Daniel’s way.

Sean is in hospital after a huge blast that left him in coma and many other his friend injured. After he wakes and heals, he is about to head to juvenile detention center. Sean is innocent of everything that have happened and he wants to escape and find his little brother. He manages to escape, but the road is long and dangerous, and when everything seems lost—the help comes from a surprising place.

This is pretty much all I can say from the plot for sake of spoilers. Aforementioned is pretty much all you can see in the Episode 4 trailer. But, digging deeper into the story and decision I made. In the beginning I was truly feeling lost and confused. I honestly wasn’t sure how am I gonna escape the hospital, but the outcome of that I’m happy with, because I managed to escape not hurting anyone. The trip to the possible Daniel’s whereabouts was long and painful and I got myself in some dangerous situations, but managed to get away, yet again not hurting anyone. I also had to make choices that I wouldn’t normally do, but I tried to live through Sean’s eye, so I took lot of chances.

The plot gets to lot of critical points and will give strong opinions to players for sure. Personally, I was angry for many things, because the people in the story are very much like in real life that I hate. I honestly was more than pissed off and that did affect my decision in the end. For the story part, this is the best episode thus far in Life Is Strange 2.

Life Is Strange 2 is story-driven and choice-making, than fast and loud. I’m pleased that the game lets player to have time to think their decision, but I noticed the time isn’t endless, because couple times I waited too long and the game made the decision for me. Controls are fine and simple and this is literally game for anyone. I promise anyone can play this, even a person who haven’t even held a controller before.

This game is beautiful in its own way. Highly detailed it isn’t, but having enough details to make surroundings look nice. Being story-driven-choice-making game it’s not about the graphics, really. It’s about the story, but I know the graphics can’t be just anything. Player needs to connect with the characters and therefore their appearance have to be detailed enough, especially with the face. In Life Is Strange 2 are lots of close-ups with characters’ faces and for that part everything did work decently, but still their facial expressions was lacking of finesse. 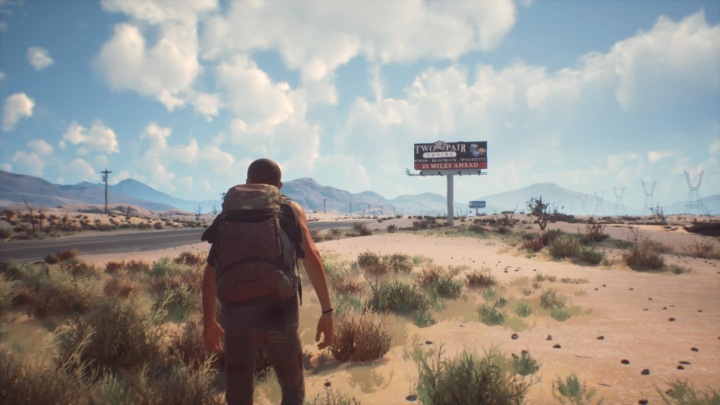 Might not come surprise that this game is fully voice acted. Its quality is good and consistent. Usually I have lot to say about voice acting, but there’s nothing else I can say regarding to this, really.

Life Is Strange 2 isn’t hard at all, excluding some parts where player gets time-limit to make decision. The difficulty with this, is to get the outcome and resolution player wants, because making a choice believing it will get you where you want is just as good as a shot in the dark. These characters are “alive” and have personalities and they can do something that you don’t want to, but have no control over that part.

Episode 4: Faith is the best episode in Life Is Strange 2 and I was happy about that. It had strong elements in the plot, when in the previous episodes they felt more levelled. I liked the big dramatics and it felt like a movie. I just somehow have strong feeling the final episode is gonna be epic and propably end sadly. Whatever it is, after Episode 4: Faith, I’m ready for it.