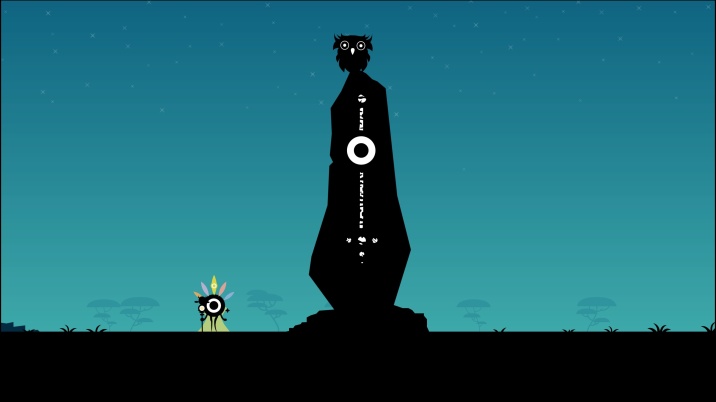 Pata-pata-pata-pon! Yeah, that was the gameplay rhythm of Patapon 2 Remastered in the release trailer. I thought it must be a fun game, with all the little creatures marching in a specific rhythm and fighting against enemies that comes on their way. It reminded me of Locoroco -games, it being just some weird little things in some odd world doing these cute high-pitch voices and singing words that isn’t any known language. I was curious about the charm of Patapon 2 Remastered, but was it as cute as I thought, in the end? 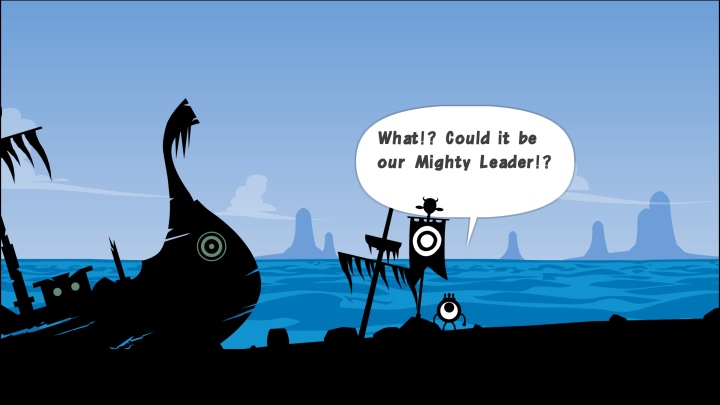 What’s the story of the tiny Patapons?

Patapons shipwrecks in a ominous place and only thing they can do is to put their trust on you, the player. You’re the Mighty One and your job is to lead them safely through this new land. Patapons comes across with enemy tribe who tries to stop their mission and huge bosses that are the ultimate challenge to the little Patapons. The story itself progress as player finishes levels. The story and characters are funny and quirky and the Patapons like to talk to the player (the Mighty One) a lot.

By the beat of the drum, that is always the same, player needs to hit correct buttons in certain order and with the beat. I personally found this being very hard to nail perfectly. All the little Patapons’ screaming, background music and enemies war chants mixed together doesn’t help at all. It seems intentional, because the game would be much simpler without them. The music varies from level to level and sometimes it even messes up of hearing the rhythm correctly. Often it felt like the basic rhythm was totally different. 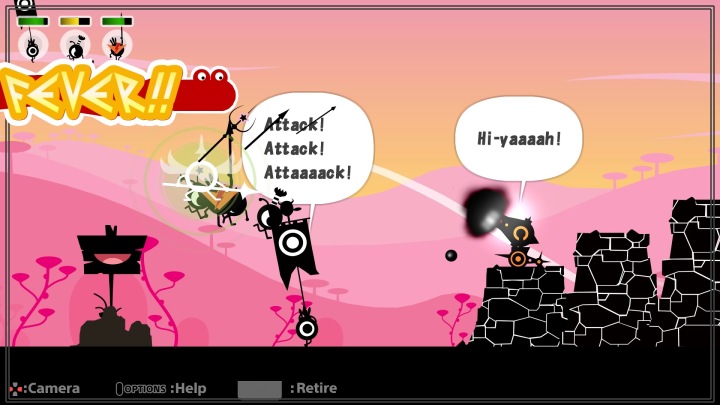 It’s all about the rhythm

It took long to get myself into the game and enjoy it. It’s little bit cryptic what to do or how to do things. The gameplay is simple in a way, that player doesn’t need to move the Patapons dynamically. After hitting correct buttons, the little creatures moves along with singing Pata-pata-pata-pon! and can do attack moves or defend. There’s also no jumping or dodging, all this is made to just hit the correct buttons, but the timing is important not just with the rhythm, but doing right moves at right time. For example, making Patapons to Defend, it doesn’t happen quickly. Player needs to go with the rhythm and press four buttons with hitting every one correctly with the beat and then they do as commanded. Almost as player has to know what move the enemy is making next and prepare for that soon enough. It feels Patapon 2 Remastered is almost like a turn-based game, because making a move takes time, choosing one move at time and be strategic with them. Also, the team who goes on every level can be chosen, with their skills and armor being upgradeable.

Patapon 2 Remastered gets rather hard in the end and especially with the bosses. Having no checkpoints means after dying, player needs to continue from the start. The gameplay is slow and the rhythm might get on your nerves after a while. 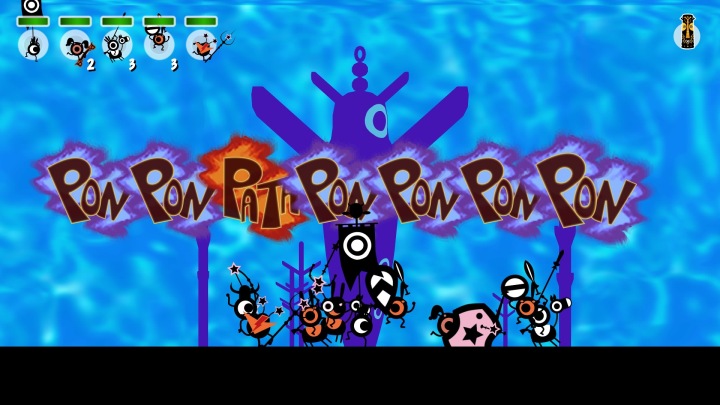 Patapon 2 Remastered surely is only for certain players, such as those who likes all the cute Japanese stuff, Locoroco -games and probably anime, too. This was not a read, just the truth. I chose to play Patapon 2 Remastered because it seemed to be different and unique, and surely it was. The whole idea and concept was new to me and in the end, I did enjoy it—even though sometimes the rhythm got on my nerves :]