When year 2005 was relevant so was Resident Evil 4. It was around my birthday when I decided to buy GameCube and RE 4. The game was super hyped and it got excellent reviews – I wanted excperience the horror, too!

As a Resident Evil fan I was littlebit worried though ‘cus the gameplay was totally new and different of the series and mainly to other games too at the time. Back in 2005 I loved this game and I thought it was the best game ever made… but playing the game on PS4 now in 2017 the opinion is maybe different, we’ll see in the end of this review.

The story starts with the main character Leon S. Kennedy (who is also in Resident Evil 2.) He has a job to rescue U.S. president’s daughter who was kidnapped and the clues of her whereabouts lead to a rural Spanish village. 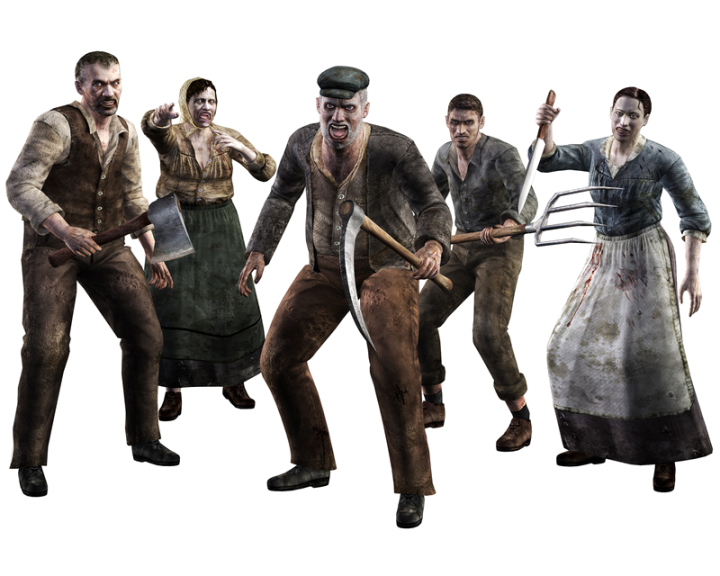 Right after Leon arrives near to the village he gets attacked by villagers with hacks, knifes and pitchforks for a reason of unknown. After dealing with them he continues his way onwards and he finally end up in the village. He quickly finds the villagers being hostile and they try to stop Leon of finding the girl, Ashley. He even have to deal with chainsaw murderer right in the beginning. After while running and shooting — or escaping in to a house and blocking doors and windows — the horror is over… for now. The villagers hear churchbell ringing and they’ll retreat. It quickly became clear that the villagers were under some kind of religious cult and Ashley is the key to their success.

The first impression was good and it brought back memories of almost 18-year-old-ish me. The controls felt very akward and the camera didn’t move as I am used to nowday’s games. But the game was not nowdays – it was pastday’s! It tooks me for a while to calibrate myself to the akward controls and the super slow aiming which is the most NEGATIVE matter of this whole game. You can’t adjust the camera or aiming speed. It is stuck in the 2005. I don’t understand this at all, at least they could’ve make some kind of changes or alternatively make a choice to use the original settings or “fixed” ones. 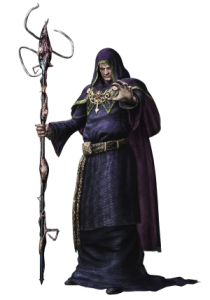 The aiming is very old school and for the enemies it is too slow. They move very fast at times and if the enemy is very close it is ridicilous how slowly you can aim and usually it is pointless because you simply can’t aim the enemy fast enough when he/she/it has already hit you. Leon also can’t move and aim at the same time. Totally akward.
Other option is to turn around (thank goodness there is quick turn!) and run away from the enemy(ies) and quickly turn around again and then deal with them. BUT! often the enemies run after you or they walk too fast and it is pointless because they are right in front of you when you run and turn around. Actually Leon can’t run (at least in RE 4, but in RE 6 he seemed to learn that simple movement) which is totally weird to me. He can only jog… even when there is chainsaw murderer, 30 villagers, zombie dogs, Regeneradors, El Gigante… the list goes on, after him. Yes, everyone jogs in these kind of situations, it is natural.

So that is that for the aiming/moving part. Let’s talk about the weapon changing. Good heavens — you can’t change the weapon but using inventory (not a “live inventory”) and the game goes on pause. You open your inventory and choose a weapon and close it, and again when you wanna change… this is super frustrating when there is situations where multiple type enemies attacks you and to defeat them you need different weapon for each (well, you don’t necessary need for every enemy, but it is much easier to hit/kill them with certain weapon.)
This same goes with any item you wanna use. But there is good in this; when you open your inventory you can pause the game and also heal yourself and mix herbs in total peace and organize the inventory. No enemies attacking. But what you can’t do is load weapons which is again totally last season.

The story part is the savior of this game. Story is very intense and horroring. You move onwards all the time and almost never entering back to the same place (only couple times which is fine). There is new type of enemies coming in each place you go and that is refreshning.
There is also different kinds of bosses which you need to defeat not just by shooting like a maniac but with ingenuity. These boss fights are very well done and it raises the overall points at least by 2!

Maybe 1/3 of the gameplay you have the president’s daughter Ashley with you after you manage to save her. She has also a life gauge and she can die by enemies attacks or even with your shooting if you mistakenly hit her. She always goes to your back when you start to aim so it helps but still her AI is what it is so sometimes she just stays one point and won’t move because she’s too “scared”. The villagers and other enemies don’t want to kill Ashley — they want to take her away so if the enemy gets his hands on her he starts to walk, Ashley over his shoulder, towards the nearest door or gate or whatever is the “loading door”. If he manage to get Ashley there the “Game Over” will come inevitably.

There is also little part where you have to play as Ashley and she only has a flashlight with her. Only defend she has is to dodge attacks with QTE or throw lanterns at the enemy so they’ll burn to death. 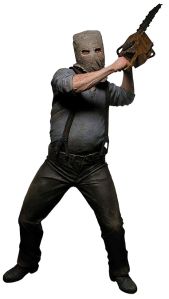 Background music is always the best in Resident Evil -series, but there is one thing I have to mention about sounds.
I played with wireless headphones (Sony PlayStation Wireless Stereo Headset 2.0) and I quickly realized that the enemies voices (they speak all the time themselves something in Spanish that I don’t understand) or yells when they see you, so the voices are just put there meaning you don’t know where the enemy is since you can’t locate the voice’s source. That is super duber bad thing and makes gameplay more difficult! Often you just can hear enemy speaking something and with headphones it sounds like the enemy is few inches away from you when in nature it is other side of the room.

I quickly took the headphones off and just used the speakers since it was kinda useless to use them since they just distracted me too much.
I understand they wanted to port this game to the new console as HD —version, but seems like they just took it out of the storage and didn’t do shit to it. I’m not saying the game is shit, but the things they “did” to it is.

The voice acting itself is good if you eliminate Ashley’s annoying scream “LEOOON!”. She yells like that if she is in trouble or she need to go down after when you have climb down the ladders. Leon have to catch Ashley when she jumps down… yes, she can’t use ladders. (Seems like the U.S. president’s daughter haven’t ever seen ladder before. Maybe she just have used to escalators?)

Difficulty level in this particular game is… same as in the original since they haven’t changed anything in it except the graphics. I played in normal and it was decent. The beginning was little bit hard because of the outdated controls, but I got used to it fairly quickly.

Along the game I died a lot, but there is savepoints and checkpoints very often — almost too often. When you finish a chapter the game asks “do you wanna save, stranger” and right after you continue from that right in front of you is a savepoint. I saved lot because of this.

The most difficulty is the aiming which is SUPER SLOW as I have said many times now, but it really bugs me since I always adjust the aiming/camera speed in games very high. In this it is like slow motion movie. But in sense it brings back the oldschool Resident Evil where you felt even more survival and helpless due to the complicated controls.
Enemies are fairly easy to kill, but usually they come in numbers and from many directions which makes it difficult to shoot them, so the shotgun was my favourite gun to use since you didn’t have to aim perfectly at the enemy to kill it. And when there is many enemies near you can shoot two or three at once.
QTE scenes are present and my favourite is the knife fight with Krauser. There should be more QTEs like that.
There wasn’t one typical hard boss to beat, maybe the final boss was little bit tricky, but if you save your magnum  rounds you’ll be fine. 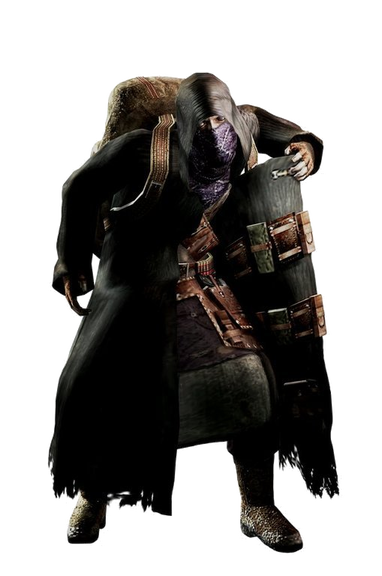 Along the savepoints there is a very creepy seller man. He laughs at you and opens his coat like a flasher, but he doesn’t show his **** he shows some goods you can buy.
He will sell you new guns, tune ups for them or even more space to your inventory which is the most important thing you to buy at the beginning. Guns take so much space espesially shotguns, rocket launcher, machine guns and rifles.
You can’t buy all the weapons and tune ups in one playthrough and there is new things always available to buy inside the creepy sellers coat as you progress in the game.

My last impression of this game is super positive althought this review was mostly about the negative things of the game. But it is just one side of the story. The good side is the variety of bosses, enemies, areas, QTEs and story is super well done in this game. Props for that!

Graphics are OK, I can say it is better than some nowdays—made PS4—games. That is why I like some of the older games since there is much smoother graphics and better tricks used to make it look more realistic than newer games which seems like to be made in a rush (I’m talking about small developers and indie developers).
I can truly recommend this game to anyone who likes good story, variety, horror and shooting.
But if little things bugs you in video games, specially with running and aiming this game is not for you unless Capcom makes update to that, because in that area the game is outdated.
For Resident Evil fans this game is MUST. I remember back in 2005 this game was huge change—maker for video games. After Resident Evil 4 there became more games like this. Capcom truly achieved to create something new and different. I can say this game is classic and it should be everyones game collection — no matter what version.

I’m very confused how I supposed to rate this game since it was 10/10 in 2005 but playing it 2017 it is more like 8.5/10 because gaming has developed greatly so this HD -version is outdated by playing mechanism, but on the other side it is the original and classic, why to change it at all? So I’m baffled…

Filtering all this said above and price tag of 19,99€ it is 100% worth it. Your money won’t go to waste in any matter. Even 2005 when this game cost something like 50€ it was still worth it.
If you haven’t tried this classic yet, now is the time!

The story part is the savior of this game.
It is very intense and horroring.
You move onwards all the time and
almost never entering back to same place.