Like every other Uncharted game this is no exception how good this is. Althought for me personally I don’t like to play these type of games through many times in a row since all the jumping and climbing is very much annoying and those puzzles that I need to check from online how they are solved. But very first impression is golden with this game. It all starting Chloe (called Frazer since it is her last name) looking some clothes to buy for herself in an Indian marketplace. She is surely onto something and she managed to get herself in a car to get in a city area that was off limits and she needs to meet someone in a rooftop.
Right at the beginning you can find collectibles and this game is full of them.
You need to even hack a lock to get inside a house and from that to the rooftop. Inside the building you need to evade the guards or just take them down as you go. You don’t have a gun at this point and when you in a roof you can see warzone going on.
Finally when you manage to go to the meetingpoint you got a textmessage that plan changed since guards are on their way so all you have left to do is to fight with them. And just when you think they have overtaken you Nadine comes to your aid.

Controls are so precise and well thought out. It doesn’t seem as magnetic like Uncharted 4 where you’ll get stuck every corner and ledge since Nate won’t seem want to let go.
The same method goes in this game as well, but it seems to be not as strong effect than before. Controls are very simple, not too much hazzling around like exsample Nioh where there is trillion differrent style to play.
There is very same controls like UC4 lets say jumping from above and knock down an enemy. There is a new thing also if you can call it a control. It is a gun with silencer that makes your stealth killing more pleasant.

Gameplay is very linear and sometimes not, althought there is places where you have to drive car and find your way to next point. This makes me very uneasy. Should I keep searching every little nod or just drive to the X—place? This sudden vast space is messing my mind when playing this game. The gameworld is confusing sometimes since how many things are going on at the same time. Same looking places and all the same colours, same kind of plants… ugh.
There is map though but it still doesn’t tell you all the details you need to see. I died lots of because I didn’t know where to jump or where to go. I just aimlessly went from A to B and hoped for the best. The car drivin points are more difficult than UC4 definetly. Don’t know the reason to that. And there should be action to call Nadine to drive the car where you are and not searching it from the jungle.
In the map it is little bit confusing to tell what those markings are? What they stands for. I’m not telling everything should be told like to a little child but even a mention of something would be OK.

Voice acting and all the sound you can hear are brillianlty done. And everything seems to be dynamically made. So if there is going to be explosion when you throw a grenade that has to be calculated beforehand. All this kind of proccessing power and still the game look amazing. Chloe is my favourite voice actor of them all. Her little grasp voice is totally suited for her. Nadine is… well it just is lets say that.
Voice acting overall is made like some Hollywood—movie—like, that good it is.

I hate puzzles alltogether. It just… I dunno. For this kind of Tomb Raider—ish game is just not my gig for puzzles. I like action and if there is going to be puzzles they should be easy. I needed to check from online how some puzzles are done. This is one big killer for me if I want to play the game again. There should be an option of skipping the puzzles if you want to. It just kinda kills the mood when you are running and shooting and hanging on the cliffs and then you need to think “oh, how this horsehead is supposed to go…”
NO!
Make the puzzles work more with the flow of the game itself. 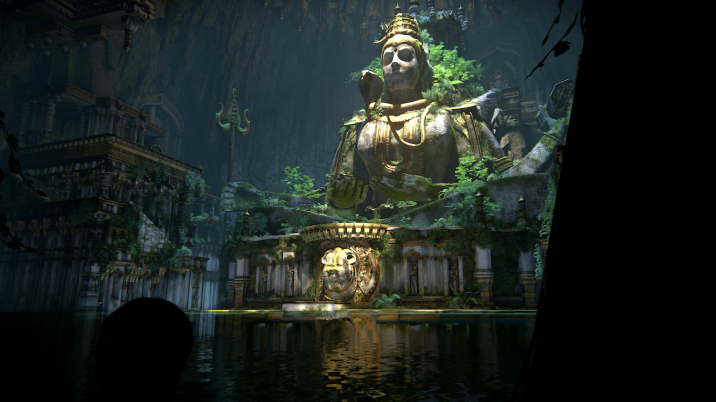 The goods for Christ sake

Here is all the goods I found in this game.

Graphics are top notch! No question about that. I played 4K HDR and it was superb! All the little details even a drop of a sweat you can see in the character faces.
Action sequences! Goosh they are the goldmine, really. They will never let you down. Puzzles is OK—ish but more like one of them. Every other is boring as hell.
Thank the Lord for the Hints. They should come more quickly or you should be able summon one as you need.
Seems like some areas are much more larger than Uncharted 4 or at least it feels like that.
Voice acting, hell yeah!

The negs for Satan’s sake

It is kinda hard to tell what to do next at times. Sometimes I knew exactly what to do but didn’t know physically HOW to do it so trying ten times I died ten times.
This game should be linear as we’ve been told but it is always not. There is places where you need to wander around alot.
Many times I just waited the Hint to pop up so I could continue my game.
Often you don’t do shit in a long period of time but then suddenly you have to start WWIII. 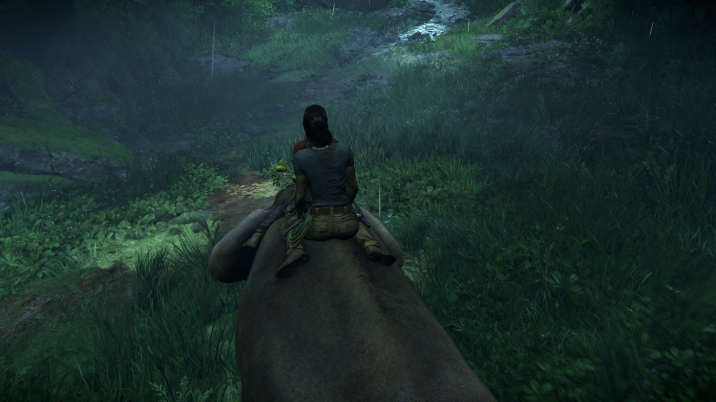 Well… I played this in Normal(moderate) and it wasn’t that bad. It was rather easy I would say. Only difficulty was when enemies are in every corner and there is a chopper blasting at you in speed of light. There where you need ingenuity and need to be clear where every enemy is at and how to do things.
It helps a lot when you’re not alone, there is Sam and Nadine and they do whatever they do in the background.
I would’ve imagined the last boss to be super hard but it wasn’t… it was easy like Uncharted 4’s as well…. I don’t know the reason behind that decicion.

For 40€ game and from Naughty Dog this still might be a bit ripoff. 30€ would’ve been the way to go. This game is short, I don’t know how but like 5-7 hours and that’s not long. Even though it was s short it left good taste in my mouth. I do wanna play this game again and it is that lenght that I can imagine myself to collect everything there is but we’ll see about that. This review is only for one playthrough maybe my opinion is differrent after round two?

Should I play this game again? One more level? One more playthrough? FUCK YEAH!

Action sequences! Goosh they are the goldmine, really.
They will never let you down. 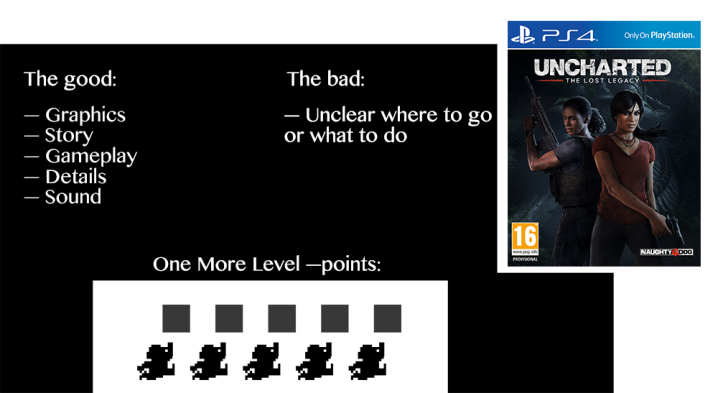