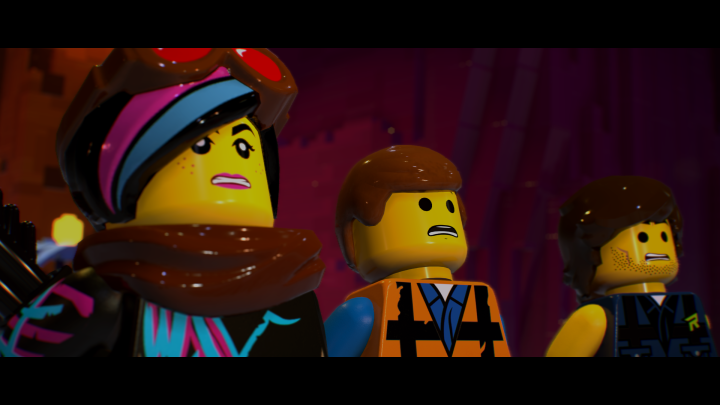 I’m really starting to like Lego games, especially The Lego Movie series. I enjoyed the first game The LEGO Movie Videogame (2014) so much that I spent lot of time to play it through twice and roamed the world freely collecting missing items. The sequel to this game (and movie) was newly released and I must say right away that I haven’t seen the movie at all. I didn’t have any idea what the sequel was about, because I didn’t have enough time and energy to go and see it. With that said, I’m going into this game totally blind and hoping it won’t let me down.

The story starts nicely and takes player well in to the Lego world, even if you haven’t seen Lego movies. Emmet, who is the main character, friends get kidnapped by mysterious aliens from outer space and he have to go after them to the Systar System.
As player goes onwards the story is mostly told between main situations or when progressing to other planets.

I would’ve liked little bit more story inside the gameplay and not just short encounters between main events. Notwithstanding, the story was good and I liked it; lots of humour and all the quirky characters across the planets. Not seeing the movie itself, the ending part was little bit perplexing, but hey, who wouldn’t like few twist and turns? The LEGO Movie 2 Videogame is very vast game. I was heavily surprised all what I saw and could do and tons of missions and collectibles for player to find. My obsession is always to explore things, usually when waypoint shows my destination I’ll go opposite way. Still, I managed to play only 22% of my 6 hour playthrough.

As this is Lego game, player needs to solve many problems by building objects, machines and all kind of things to progress or whatever the Lego people needs help for. Getting to another planet takes cosmic bricks that player needs to collect each level.

I could definitely see some changes and improves with the gameplay and controls. There was some added things in fighting that was nice touch. Controls were easy, but got sometimes awkward. Also a camera mode was included and taking photos was something I enjoyed to do, but it definitely would’ve needed more settings and filters. The bosses were fun to beat with their variations from each other.

Everything was simplistic, yet detailed. All the Lego parts had wear and tears when looked closely, which is nice touch of adding realness. The lighting effect was beautiful, especially when gazing afar. All appeared colourful and clear, but what I must say about the drawing distance, that is too short. I could see far, but not the things and details I would like to see, such as important objects. This made the game appear more empty than it really was. At times, the soundtrack in the gameplay was like in action movies and sometimes overpowering even, so I had to turn her down a little bit. All the planets and places had their own tunes that were well thought and enjoyable. Background music is huge part of the game since it creates half of the show, and one song got stuck inside my head, though.

I didn’t find The LEGO Movie 2 Videogame to be difficult, but it has lots of things to do in many variant planets. It was more of an interactive animation movie that was fun to play.

The LEGO Movie 2 Videogame doesn’t differ much from the first game, other than it is much more spacious and open. Costing fourty bucks is very surprising as how lot the game has to offer for players. The doables might be similiar, so in the long run it makes the content boring. Because of the story, this game makes me really want to see the movie and I can firmly say The LEGO Movie 2 Videogame didn’t let me down at all.