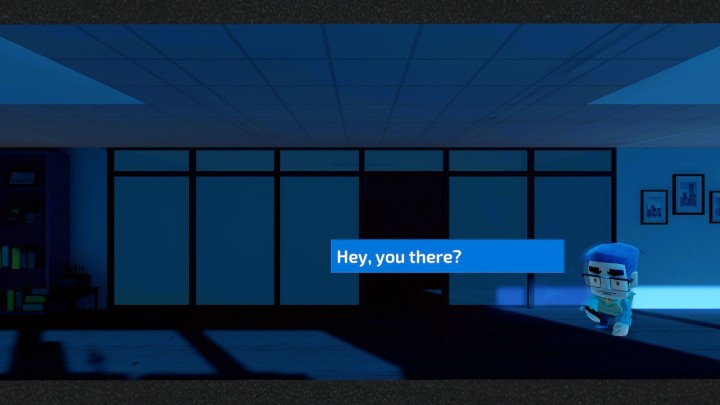 Relationships. They’re complex. Difficult to understand, yet to explain. A Fold Apart dives in to this global-wide problem, making me overzealously interested about the game. Maybe this game can teach me something that I didn’t know before. Giving me answers why my relationships and love life never work out?

Starting the game, the first thing I had to do, was to choose the two lovers for this story. They could be straight or gay couple — me choosing the gay couple. Two men this time, because the gay-love is mostly represented in any entertainment as between two women, than two men. This surely is due how lesbians are much softer way to show it, because straight men will like it and women mostly don’t bother anyway. But, when two men are “the only gay couple in the movie” women still won’t bother, but the straight men won’t like it.

So, my boys started with having a good relationship, but then something happens. The other dude took his dream job from another city and he wants to go there to fulfill his dream. They decide having a long-distance relationship for the time being, until he comes back from the temporary job. Well, things doesn’t go as planned. There will be jealousy, misunderstandings, arguments, ups and downs — but it all happens via phone, using a chat app. Yes, very mature.

Player uses both characters, one at time, to solve puzzles that are based on a piece of a paper. It is like a level, that player has to solve by folding and turning the paper. In every level, player has to find the way to reach the star, which is placed strategically somewhere, that takes planning to get to. By turning and folding the paper, player can create new paths, which feels like a metaphor for finding a new way of thinking, as the character is trying overcome a problem. Turning the paper upside-down the gravity can drop the character to another platform. Player have to utilize all the moves and it might get tricky to fully picture the puzzle’s solution in mind.

The gameplay stays pretty much the same throughout, but the game introduces new moves and techniques and I think at least one of them comes a way too late. It creates unnecessary distress to solve the rest of the puzzles.

Please talk to me

A Fold Apart isn’t voice acted, so the game is filled with captions, some of them appearing artistically to the background, using horrendous font. The story is very basic love story and what they have to do, to get their relationship work. What annoyed me personally, was the whining, crying, moaning, attention-seeking tantrums, childish arguments… ugh. It gets old and tiresome, and makes them look like teenagers, rather than an adult couple with serious marital problems.

Love will find the way

A Fold Apart isn’t bad game, but it isn’t marvelous either. The puzzle mechanics are cool, but personally for me, it was hard to solve them at times. It was difficult to see in my mind how folding a paper affects the other side of the paper, so it was lots of trial-and-errors. Dropping new moves towards the end, didn’t help at all. It became frustrating sometimes, but thankfully the game offers hints, that will show you the right steps.

A Fold Apart is a OK puzzle game, but I wouldn’t say it’s a Must-Play title. Only if you are interested of the puzzle mechanics, which are well-thought out. What comes to the story, I thought it didn’t teach me nothing new. I was seeking answers why my love life never works out, but then I realize something horrible… I might act the same childish way as did these two lovers. Nagging, whining and crying… yeah. In the end, I think I did learn something about how love and relationships works, and how I should behave in the future. I still doubt this was the lesson what the developer wanted to teach — but I’ll take it.

“By turning and folding the paper, player can create new paths, which feels like a metaphor for finding a new way of thinking, as the character is trying overcome a problem”