Horror games always hold a special place in our hearts as those are one of the most memorable gaming experiences. Just like horror movies, we would always remember what gave us chills, made us jump from our seats, and haunt our sleep for weeks. Yes, we all know, it’s behind a screen…nothing can happen…it’s not real…BUT…you still get freaked out by certain games.

Creating a convincing and authentic horror atmosphere is something that requires a wicked mind and genius creativity. Nowadays, the big guys in the industry are not aiming exactly for such intimate gaming experiences. Who can give us those kinds of titles? The indie developers of course…and if your platform of choice is the Switch, you came to the right place. Nintendo’s latest platform proved to be an awesome place for all kinds of games, and a paradise for indie developers. To support these games and Nintendo’s efforts, make sure to get your Nintendo Gift Cards and buy these games!

We will ask you this just once – “Do you want to play a game?” Make sure you understand the question. So…you say ‘Yes’? Ok, then come play with us, forever…and ever…and ever. We are giving you the Top 10 Indie Horror Games on Switch!

In this first-person horror game, you play as Rosemary Reed, an alleged doctor sent to a mansion to help a patient, that is no longer being visited, to find out more about his disease and learn more about the disappearance of his daughter. After being accused of being a liar and an impostor you are being kicked out, resulting in sneaking back to the mansion, just to learn about…the terrible truth. We won’t spoil any further but just bear in mind that what makes this psychological horror really scary are not ghosts, demons, or any paranormal creatures, but instead it focuses on the monsters humans can turn into after personal situations and bad upbringings.

Coming from the Italian developers from Stormwind, Remothered: Tormented Fathers got a great reception, won many awards, and recently got a sequel that’s equally worth playing.

Bendy and The Ink Machine

Cartoons are always looking so innocent on the surface, but once you start digging you find out that appearances can be deceiving. Those painstakingly hand-drawn black and white shorts were made almost 90 years ago. Those funny characters often bring us back to simpler and friendlier times. But there were some of them that were really creepy. Now, imagine them crawling out of those cartoons and wanting revenge for being forgotten and replaced by comic books, superheroes, kid’s tv shows, and most of all – computer animation. It just got real!

Bendy and the Ink Machine takes place in an animation studio in the 1930s where things got ugly. Spooky cartoon characters have come to life and are coming for ya…You must solve puzzles, fight back, and do anything you can to escape in one piece. 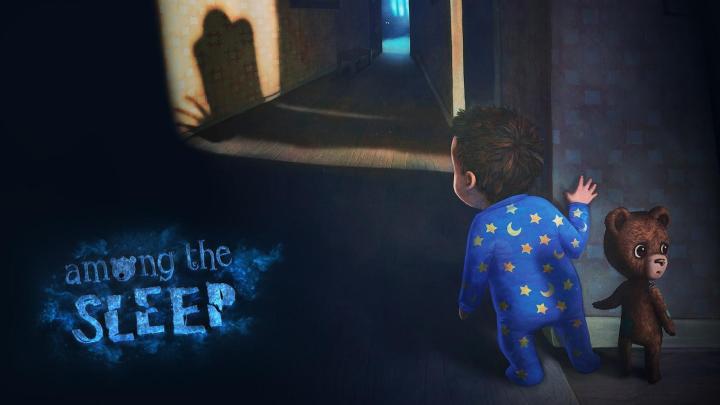 Remember when you were a kid, it was much easier to get scared? Because of your imagination, it’s like anything could turn into a monster – the laundry, some clothes hanger with something on it, the darkness (hey, that scares even adults), and many more things. Among The Sleep is bringing you back to those times.

This horror game starts as a sweet picture – celebrating your own second birthday as a toddler with your mom, getting a party, balloons, and presents, the game quickly changes its tone. You will have to make it through a place that is a mix of the real world and your nightmares. All you care about is escaping the monstrosities that await you and finding your mom to save you.

Be careful with this one, remember what Pennywise did with those kids – he brought back all their childhood fears! 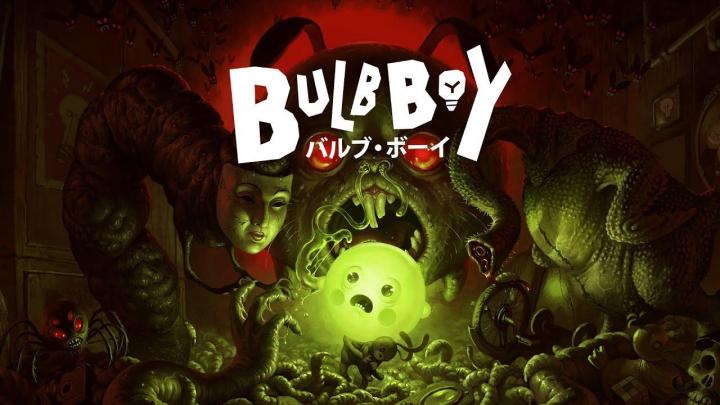 Bulb Boy is about a sweet little shiny sphere, that is the main character (yes, we are still talking about a horror game) that awakens from a nightmare just to find out that his house has been overshadowed by an evil force. The linear story of this survival horror point-and-click adventure will take you through a spooky environment, puzzles to be solved, all kinds of monsters but also going along with some cute humor.

Indeed, the game has childish looks at first sight, but don’t let that fool you, because the tone is totally adult. We totally mean that, because if you are not careful, you won’t get a happy ending and you will eventually get killed by monsters in all kinds of gory ways. So do your best and drive the evil away from your home!

When it comes to scary horror games, they usually scare you in one of two ways, some of them will use jump scares to make you pop out of your seat, while others will use atmosphere to get you scared by something that may or may not be there. Amnesia games have always been about the atmosphere.

If you haven’t played any game from this series, Amnesia: The Collection is a wonderful way for you to catch up with what you have been missing so far. What have I missed you might ask? It consists of Amnesia: The Dark Descent, Amnesia: Justine, and Amnesia: A Machine For Pigs. So you will have everything needed to feel the ominous atmosphere, so horrifying that makes you wish you never started playing the game.

This wouldn’t be a legit top 10 list if we didn’t include one of our biggest nightmares – school. Red Candle Games will take you back exactly there with Detention. This game directs you to Taiwan’s time of White Terror. You may not be familiar with what that is, but it was definitely not a time of joy as it was the country’s time of martial law.

This masterfully executed 2D side scroller game that puts you in the role of a Taiwanese student that goes back to his school only to find out that everything is dreadfully changed, populated by monsters known as the “lingered”. Exploration, survival, solving mysteries, and holding your breath (metaphorically and literally) to avoid your enemies is what you will be doing here.

Darkwood may seem quite different than any other horror game on this list with its top-down perspective and less realistic art design, but don’t be mistaken. At its core, it will immerse you in a strange infected world, chilling you to your bones, as you try to break the darkness and try to find a way out.

Taking place in a mysterious dark forest somewhere in Poland or within the Eastern Bloc countries, the game is really difficult and will keep your nerves pulled to their maximum. You can see only from the main character’s line of sight which brings true realism because you never know if someone…or something is chasing you. It takes strategy, practice, and fast reflexes to survive. RPG elements, crafting systems, plot-changing decisions, and diverse enemies await you in this must-play horror survival for the Switch. 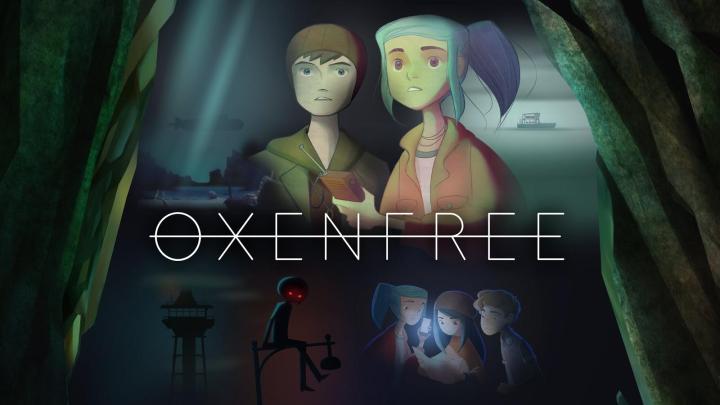 A supernatural coming-of-age mystical adventure video game with horror elements is what can describe Oxenfree the best. It focuses on talkative youngsters who go to a remote island for a weekend. Unfortunately for them, Night School Studio appears to be quite fond of the 80s and 90s horror films, so the underage drinking quickly ends when a mysterious ‘’happening’’ starts threatening their lives.

The gameplay here revolves around talking, puzzle-solving, taking decisions that will determine which one of the seven possible endings you are getting, and not having any game over conditions. Unlike other horror games, this 2D side scroller won’t give you any jumpscares, but instead will leave questions in your head, that will be giving you a hard time sleeping for a long time.

What Remains of Edith Finch 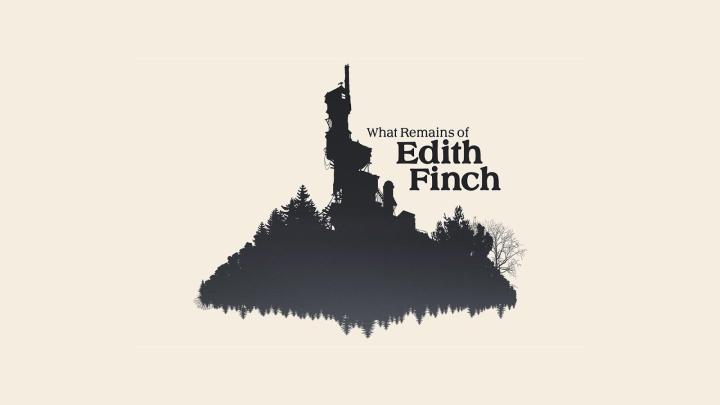 If you had to explore your family history in a remote house in the woods, you would most likely say that we are in a horror game. And you would be absolutely right. What Remains of Edith Finch is a detailed narrative point-and-click game that would make you feel so weird and uncomfortable that after you finish the game you might as well ask yourself ‘What remains of me?’

Apart from the deep exploration of the house where your family used to live, interacting with objects, finding secret passages and learning the history of your long-gone relatives, you will have to relive each passed family member’s death in an allegorical way. There are no real jump scares, but the game is touching deeply and will be disturbing each time you are playing it.

Don’t worry we are not going to keep you in the Limbo anymore (are we?). We got to the end. And here lies Inside. This puzzle-adventure with horror elements puts you in control of a boy in a beautiful and horrifying dystopian world. The game plays wonderfully on the Switch and will totally immerse you once you dive in its unique style and atmosphere.

While exploring it’s monochromatic landscapes, escaping evil scientists, guard dogs and zombie-like people, solving mysteries and all that on the edge of your seat, this 2.5D sidescroller will leave a lot of questions and its open ending will definitely boggle your mind.
A true masterpiece and released to critical acclaim, Inside was an improvement over its developer’s first game Limbo and one of the greatest games of all time.

Halloween is approaching us and we are all about horror games. The list above shows you 10 horror games that have a completely different approach to the genre, and each one relies on a different gameplay mechanic that aims to scare you.

We all have different fears and therefore each of us finds the horror in a different form. What is the scariest or most disturbing thing you saw in a video game? and what is the most important thing for you in a horror game? Share your thoughts in the comment section below!