From >observer_ to Observer

I knew, that next generation consoles would get remasters and remakes, but little I knew that already amazing looking games would get an extra treatment. A video game Observer (stylized as: >observer_ ) from 2018 was one of THE game for me of that specific year.I reviewed it (on PS4 Pro) easily as 5/5 because of the stunningly detailed and gorgeous graphics, amazingly written thriller story, all the audio and music elevated the game even more… you know, not much.

The very first PS5 game I got was Observer: System Redux. I wanted to know how much they could push the game and hardware at the beginning of a new console generation. Most importantly, what new does System Redux include? Can something perfect be perfected? I need to observe this thoroughly.

In the beginning of the game, everything started to come back to me. I recalled some details of the story, but what was the ultimate ending was a bit blurred. The story tells about cyberpunk future, exactly the year of 2084 — where I’ll be 97-years-old and still rockin’ — a world where corporations had taken power after the War. Before the War, there was a digital plague called the Nanophage, that affected those who did augment their minds and bodies. The protagonist is investigator Daniel Lazarski (Rutger Hauer 1944-2019), a worker (more like a tool) of this corporate oppression. His job is to hack into the minds of suspects. See their thoughts, dreams and fears — find all clues to solve the case, no matter what. He’s the Observer, feared and disdained for reason.

Dan gets a distress call from his long lost son and goes to his aid. Tracking down son’s message to an apartment building, where this whole game takes place. Dan founds his son being murdered just before he arrives and for some reason the whole building goes under cyberpunk-y lockdown. He starts the investigation immediately. The story goes deeper and deeper to the floors of the building, all the way to the basement, secret passageways and a tattoo parlour across the courtyard. It’s important to talk to tenants, using intercom at their door to get as much information as possible. My initial thought was, how it makes the game even more grim, when not seeing much other people face to face. I enjoyed the plot and all the new side cases, that told the much richer version of the whole happening, than the original game.

Gameplay, controls, graphics and all new

The whole gameplay itself is the very same like the original one. Meaning, what player needs to do, is use Dan’s abilities to scan two ways; Bio Vision and EM Vision. Everything interesting can be scanned, even though they were unusable, but at least I get to know what the objects were. Sometimes the tiniest scannable things got lost from me, but being more attentive did the job. Only thing what frustrated me was the three different modes I had to use separately, when I wanted to check something (in my case: everything).

The gameplay, controls and options had received some updates, requested by the gaming community themselves. I first played the game through and then I checked the list of improvements, because I wanted to have a true experience and discover everything on my own, which I did! For example, playing the neural interrogation segments (when Dan hacks into suspect’s mind) were different. I noticed they were much shorter than the originals. It was great decision to cut them shorter, because I remember how awfully dragging they could be. Particularly one of them, where I had to sneak past an instantly killing enemy. Playing Observer: System Redux I wasn’t excited for that specific part and I was positively surprised how much, not easier, but shorter it was.

What I have to say about these, is that stealth and enemy AI was clearly better. User interface and dialogue were also better, because of the new settings and new accessibility options. Multiple save slots is great, but I have to say something negative about the autosaving system. I mean, there was such big gaps between checkpoints and I had to do few semi long parts again, because once the game crashed and one time I accidentally turned the console off. There is no way player can save game themselves, which is odd.

With controls Observer: System Redux was pretty much the same, except the added haptic feedback, which was great add-on to the whole experience. Adaptive triggers were used on some places, such like opening doors; some doors opened easily and some of them needed more force.

A new minigame was added to the doors, that were locked by four digit codes. I didn’t find all the codes and failed to hack all of them. So opening them was left for another playthrough (the minigame hacking can be turned off).

There were some secrets to be found and I said to myself: ‘Imma d0 4ll the sidE stuff afTer da mAin gaem’. Yeah, that was a mistake, because Observer: System Redux does not include New Game+. Another oddity.

Yes, sir! Observer: System Redux looked even more stunning than ever. I honestly thought the game couldn’t look any better, but all the refined textures, animations, effects and whatnots in crystal clear 4k and 60fps, sugar coated with some raytracing, and served in a restaurant called HDR. I mean, this being my very first experience with next generation games on PS5, I feel blessed. This is absolutely beautiful game, but what I have to say about the 60fps, well, I did experience lots of lagging and sudden dips with it. It wasn’t smooth sail, but I also have to be clear that I played this with RTC on, 4K on, HDR on, Everything on. I’m still not completely familiar with the PS5 settings, since there seems to be various system settings, that affects games. If you wanna full technical report, I suggest googling it.

Here is a video of new features provided by the developer Bloober Team:

The final new addition I want to mention is new levels of a minigame Fire and Sword, that can be found in computers throughout the whole game. Every new terminal seemed to add more levels to the puzzle minigame. I realized how much time I could spend on this game, that it should see its own release on indie genre! 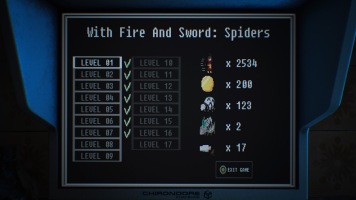 It gets so hard, so quick 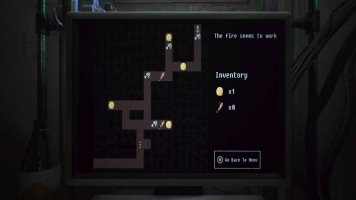 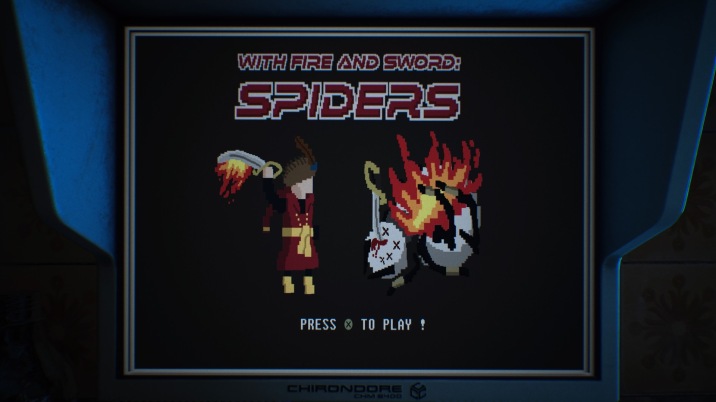 This was pretty much all about this Redux. I truly enjoyed it and it was hard to quit playing, even when it was 4am. The game was scary, but not any jump-scare scary. The plot, voice acting, sound design, art style… all that created this finely emerging terror, that lasted the whole game. It was proposed for reviewers to play this with headphones and alone in dark. I did just that and it was spectacular experience. I live for the story and concept. There was few little hiccups, like the lack of autosaving points, option to save game youself and New Game+.

It is cool that console games start to see more options regarding to the graphics and visuals, especially when raytracing, 4K, HDR, 60fps are the demands players seems to want from this generation. I think all that is possible to achieve, if the developer team is as talented as Bloober Team is. Observer: System Redux being my first touch for PS5 feels special to me.

Thriller, horror, next-gen-cyberpunk-fans should absolutely get this one.

“His job is to hack into the minds of suspects. See their thoughts, dreams and fears”